Reported via desktop in the Road obstruction category anonymously at 09:54, Tue 6 September 2022 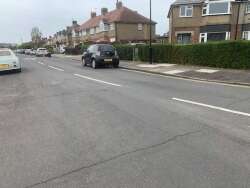 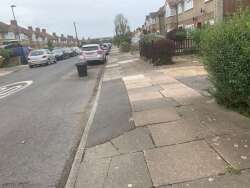 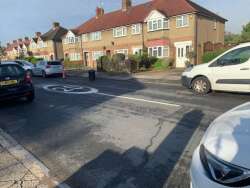 Ongoing issue for quite some time now, the lady who lives at 63 Spinney Drive and drives a white Nissan has been illegally putting a black bin and orange cone in the street causing an obstruction in the road.

Selfish, entitled behaviour with a lack of consideration for the other people who live on the street. Even worse this person has a driveway which they keep empty.

I am dumbfounded that with all the evidence provided, no action has been taken. To receive a response from Hounslow Highways that the offender is again let off because no items were found obstructing the road and she claims that she was 'away so she didn’t place the objects in the street’ is beyond me.

Why is there no action being taken against this person? Is this person a relative or personal friend to someone in the department that is meant to be dealing with this? What more needs to be done to stop this happening? Do you require clear video evidence of the lady from 63 Spinney Drive putting the objects?