Reported via desktop in the Pothole or other defect category anonymously at 18:25, Friday 5 August 2022 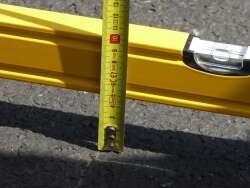 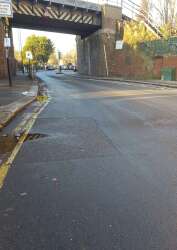 Because this defect is hard to see until one is almost on top of it, it is a real hazard to cyclists. It is now 50mm deep. If a cyclist swerves to the right to avoid it at short notice, any car driver seeking to overtake the cyclist in advance of the bridge will be caught unawares. The depression has been there since last year but seems to be getting worse now, as each passing vehicle bounces across it.